You are here: red fife >

Food Network Canada has quoted Chef Michael Smith as saying that Red Fife produces “… the tastiest bread I have ever made … full of rustic whole grain goodness …” Tall Grass Prairie Bread Company introduced organic Red Fife as its primary source of flour in 2015, as part of the bakeries’ 25th anniversary. “Our foundation has always been local, older varieties of organic wheat,” says bakery co-owner Tabitha Langel. In bringing Red Fife into the bakery, this ancient grain joined organic Spelt, another member of the wheat family, that has been cultivated for thousands of years. Spelt was embraced as part of the Tall Grass family in 2004. “We see Red Fife and Spelt as the coming together of a couple of old prairie friends,” she explains. 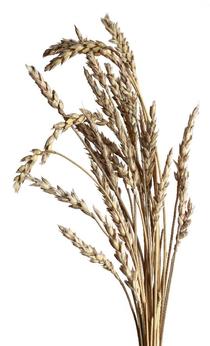 Red Fife flour is used in all of the Tall Grass breads and buns, as well as most of the sourdough breads. Tall Grass mills Red Fife on a daily basis. This process retains all the goodness including bran and germ – which contain fibre, B vitamins, minerals and plant-based compounds. At Tall Grass we always say “Organic Grains! Local Goodness!” “I love baking with it,” says Tall Grass head baker, Loic Perrot. “There’s an authenticity about Red Fife – it’s like baking in the 19th century.” 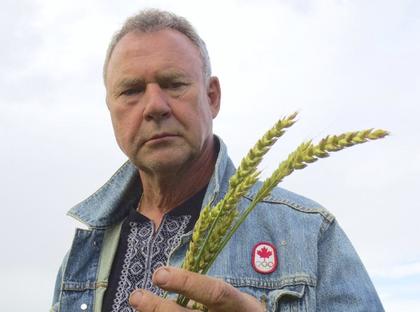 Zeevalley Organic Farm introduced organic Red Fife, the traditional parent of Canadian prairie wheats, to its operation in the spring of 2013. Vern Zatwarnicki’s decision to take on growing this variety of organic wheat at Zeevalley was another step in the farming practice he learned from his father, Matt Zatwarnicki. “My dad farmed without the use of chemicals. He had beautiful, bountiful crops, and to this day I can’t quite match that,” says Vern, who sees his decision to be an organic farmer as a natural progression in the story of his farm family. Already growing organic wheats, oats, golden flax and pulse or legume crops, it was while researching ancient grains which were gaining popularity in North America that Vern came across Red Fife. This ancient wheat has remained unaltered by genetic modification. It evolved on the green hillsides of the Carpathian Mountains in Ukraine, where it was known as Halychanka. “I found it to be a really intriguing crop because Red Fife (Halychanka) which was the first wheat to be successfully grown in Western Canada, had its roots in Ukraine. Today, who knows that? So I felt it was my responsibility to inform people about this little known fact,” Vern explains. In 2016, Zeevalley Organic Farm began supplying Tall Grass with the bounty of their organic Red Fife harvests.

A BRIEF HISTORY OF WHEAT

A derivative of the grass family, wheat was domesticated in southwest Asia over thousands of years, spreading across that continent, Africa and then to Europe. Wheat migrated from Turkey to Ukraine, and Halychanka is said to have originated in Galicia. It was refined on the slopes of the Carpathian Mountains displaying two important characteristics – winter hardiness and resistance to drought. These factors, together with its ability to compete well against weeds, made this heritage wheat well-suited to the growing conditions on the prairies of Canada. Initial efforts to grow wheat in Canada began in 1605 at Port-Royal, Nova Scotia, a settlement founded by the famous French explorer, Samuel de Champlain. Those who manned Hudson Bay fur trading posts, and even the Red River settlers, also tried their hands at growing wheat. It turned out that the winter wheats brought in from Western Europe could not survive Canadian winters, and the spring wheats matured too late for the short prairie growing season. Increased immigration to Canada in the 1880s saw more people, as well as grains, crossing the ocean. There are stories of a handful of Halychanka making its way to the new world, stowed away in a hat band, or a shoe. And there is also the story of David Fife who received a package of seeds from Scotland in 1842. Fife planted them and over the seasons isolated the hardiest and most flavourful of the reddish kernels, carefully chose the best seeds, and season after season, strengthened the lineage. Red Fife is credited with transforming the Canadian prairies into the bread basket of the world. 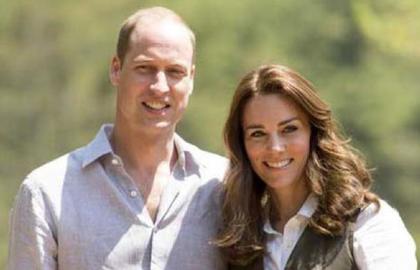 In recent years, on a visit to Canada, Prince Charles was told the story of Red Fife and its connection to Britain and Canada. The Prince was enthralled. Since then, upon their departure, a sack of Red Fife is given as a gift from Canada to the Royals – Prince William and Kate being among the most recent recipients.
Tall Grass Prairie Bread Company and Grass Roots Prairie Kitchen acknowledge that we are located on the ancestral lands of the Anishinaabeg, Dakota, and Ininiwak. We would also like to acknowledge the other First Nations such as the Anish-Ininiwak, Dene, and Nehethowuk who gathered at this ancient site sharing these lands and waterways. We also acknowledge that we are on the homeland of the Métis and are also grateful to the First Nations of Treaty One who agreed to share this beautiful prairie land giving us the opportunity to cook and bake for you.