You are here: our story >

Long, long ago in 1981, there was a group of people who had a somewhat outrageous idea. They believed that it was good to live close together, and share their lives and their things with each other in a spirit of peace, and all the while treat the Earth with the respect and love she deserves. After many, many hours of talking, the Grain of Wheat Church Community was born and began its life in the Wolseley community.

CBC Radio journalist and storyteller Stuart McLean offered this account of the early years of Tall Grass Prairie Bread Company which aired on CBC Radio’s Vinyl Cafe on June 10th, 2006. We would like to share this with you: 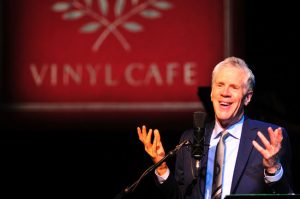 “Grain of Wheat is an ecumenical church, a church which includes some Mennonites, and some Hutterites, and some Lutherans, and some Presbyterians, and some Catholics … and I am telling you this because the church was important to the bakery in the early days. The bakery was born out of conversations that began at the church.”

During their supper meals together, they shared their experiences and ideas about how they could work together with each other. Someone shared memories of what it was like to grow up in a Hutterite colony and to bake bread each day with others. Plans began to form about baking together. One day someone said, “I know, why don’t some of us get together and bake bread for everyone?” And the first Bread Co-op in Wolseley was started.

“So they started their Bread Co-op, they baked bread every Saturday night in a kitchen they rented at St. Margaret’s Church, and it became a neighbourhood thing … not a church thing. Neighbourhood people joined the co-op … and you could work in the co-op and get work credits, and people who were well-off were invited to pay a little more for their bread to carry those who couldn’t, and neighbourhood kids delivered bread around the neighbourhood in little red wagons … and the co-op grew over two or three years. And they were actually supporting one family farm. And having fun. Just as they had hoped.”

While the bread co-op was going strong, the members were growing more and more aware of the need to be a voice for social justice in the work place, as well as in the agricultural community.

A response for struggling farmers

“This was in the late 1980s, a time when farmers were struggling … when grain farmers were getting the lowest grain prices Canada had ever seen … You see, if you tracked a loaf of bread, you found that farmers were getting about 2 cents a loaf in those days. The friends figured if they went to one farmer and bought directly from that farmer, and then milled and baked the bread themselves, they could afford to pay more than 2 cents a loaf … and maybe even get some decent bread out of it.”

For the next two years, bread was baked and shared and broken together … in those two years more questions were asked – like “Is a just and healthy food system possible? Is it possible to run a viable business driven by ethical values? Can we form stronger and more direct urban/rural links?”

One wild idea in particular began to take shape. Some of the co-op members thought it was time to buy land and grow organic wheat together. And so true to the spirit of this story, a group of people moved out to the country to grow grain that respected the Earth, and her gift of life to all people. The community of Norfolk began and became one of the urban and rural links that were so important to the Bread Co-op members. The members of the Bread Co-op were making connections with various groups. Connections with Mennonite Central Committee, The Land Institute, connections with many Hutterite colonies, as well as with the local Wolseley Harvest Collective. Each connection seemed to provide an area of support for a new venture.

Soon it became clear that there was a need to establish a local, ethical food operation that would respond to needs of the people and the land. “And this provoked more discussion. It began with this question: What is good stewardship of the land? And what did that mean to people who live in the city? If you believed … that herbicides and pesticides were not God’s best idea, how should you proceed if you are city folk? How much should those who live in the city be paying for grain, ethically? What would things look like if instead of having farmers begging city people for pennies, city people were begging farmers for grain?

“Finally they asked … what could they do? Could they do anything to support farmers in some larger way?

Four members of the Grains of Wheat Church Community and another interested in social and employment justice decided to open a bakery.

“They found one for sale and figured they needed about $40,000 to get going. They went to the bank, and explained they wanted to sell bread at $2 a loaf rather than the going rate of 50 cents. They said they figured if you explained to people that you were charging more so you could pay farmers more, people would be happy to pay the extra. The bank told them this was absurd. The bank said that wasn’t the way the world worked. So they got money from friends. Some low interest loans, some no interest loans. They promised to pay them back if and when they could.

“They figured there was this great hunger for connection. That farmers wanted to meet the city people who used their crops. That city people wanted to know where their food came from.

For opening day they baked about 30 loaves of bread, 2 dozen muffins and 12 cinnamon buns. When they opened their doors at 10 o’clock … there were 200 people lined up at the door. They had planned to have a Bread Blessing, but after 10 minutes there was no bread left to bless. Someone gave their loaf back and they blessed it, broke it, and ate it.

“They had made all these careful plans for failure … how they could exist selling 12 loaves of bread a day … but they hadn’t give any thought to what would happen if they were wildly successful. It was a nightmare. They were working so hard. Tabitha Langel remembers the day the timer on the oven went off and she picked up the phone and couldn’t figure out why no one was saying hello. 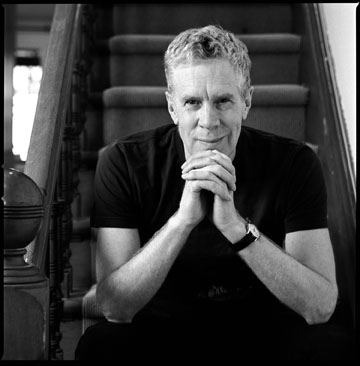 “And today … some 15 years later … three of the five original owners, Tabitha, Sharon Lawrence and Lyle Barkman have opened a second branch of their bakery … they still have the little neighbourhood place in Wolseley where it all began, and now they have added a new one at The Forks. Which is where I went … they support five farm families, and they employ about 50 people and they have learned that you can’t get rich when you pay fair wages to both farmers and staff … but you can make a decent living.

“Tabitha says she has learned that you can make a difference to the local economy and make a living at the same time. “The questions that we continue to ask,” she said, “Are how can we be more local? More just? More environmentally conscious, than we were yesterday? It has been an unbelievable journey,” she said. “I am honoured to be part of it. I am a tad tired. But show me a baker who isn’t.”

“They started with two people in 1990 and baked 30 loaves on opening day. This Saturday they baked 700 loaves of bread, all organic, and many hand-shaped. And I don’t know how many cinnamon buns and croissants.

“I am a lucky man. I get to travel all across this great land and talk to people from coast to coast. Mostly I get to tell my stories … but often I get to hear others. And every once in a while I meet someone who tells me a story I think everyone should hear.”

In 2002 Tall Grass was invited to open a second location at The Forks. It seemed to us that the earthy philosophy of Tall Grass would meld well with the natural beauty and the long-standing trading history of The Forks location. Bringing the time-honoured traditions of organic grains and daily milling to a Winnipeg landmark is a privilege for Tall Grass.

In October, 2006, we went one step further by opening a small kitchen at The Forks called Grass Roots Prairie Kitchen. Here the spirit of whole food is expressed in hearty oven-ready meals as well as home style soups, salads, jams, jellies, and all types of preserves and pickles. Our slogan is “Local food. Made from scratch.”

2020 marks our 30th anniversary of opening the Wolseley bakery. We have grown along with our community and neighbours. There are now two busy Tall Grass bakeries, which in the past years added a selection of Desem breads to our daily baking. Grass Roots Prairie Kitchen works hand-in-hand with our catering service, and our newly-introduced pick-up and delivery service, which works out of Wolseley, has bridged the challenges we’ve all faced this year.

Tall Grass supports organic, natural, and local agriculture, demonstrating our desire to take responsibility for the gifts from our Mother the Earth. Good food – even cinnamon buns – can only come from a healthy environment.

Tall Grass Prairie Bread Company and Grass Roots Prairie Kitchen acknowledge that we are located on the ancestral lands of the Anishinaabeg, Dakota, and Ininiwak. We would also like to acknowledge the other First Nations such as the Anish-Ininiwak, Dene, and Nehethowuk who gathered at this ancient site sharing these lands and waterways. We also acknowledge that we are on the homeland of the Métis and are also grateful to the First Nations of Treaty One who agreed to share this beautiful prairie land giving us the opportunity to cook and bake for you.